What Is Stand Battle?

You are here:
Dance 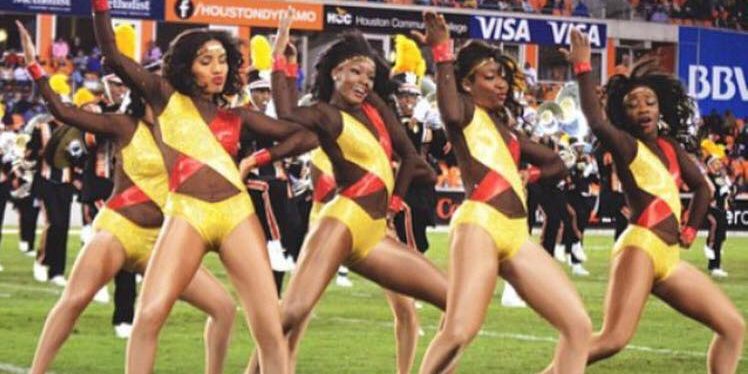 Whether you’re a dance fan, a coach, or a dancer yourself, you’ve likely heard of stand battle – and wondered what the heck it is. While Lifetime’s Bring It! has popularized this intense, improvised form of dance competition, there’s not a lot of information out there on stand battle.

Below, we’ll break down what stand battle is, what sets it apart from other dance competitions, and what’s made it so popular with TV viewers.

According to Dancing Dolls coach Miss D (of Bring It! fame), stand battle “is when two teams take the dance floor at the same time. They take turns throwing eight counts back and forth until the judges declare a winner.”

Essentially, stand is the dancing equivalent of a fighting tournament. Each team taking part in a stand battle competition is randomly paired against another team in the tournament’s first round. Those teams then take the floor at the same time to see who can outdance the other, in a heads-up dance battle.

The teams throw a number of short, synchronized sequences -called eight counts- back and forth at each other. Each sequence is supposed to one-up the other, proving a team’s superiority and “Wow!”ing the judges.

Stand battle judges look for the creativity, synchronization, confidence, and technique present in each team’s performance. After two or three stands, the judges pick a winner and send that team on to the next round.

The tournament continues like this, with each winning team facing increasingly better opponents, until one team is crowned tournament champion – and every other team is eliminated.

But what makes stand battle tournaments particularly intense is that, while each eight count sequence is choreographed, team captains decide what sequences to use on-the-fly!

Captains call their team’s stands based on their own judgement and what the opposing team has thrown at them. Remember, teams need to not only knock out the competition, but also leave themselves enough leeway to level up their performance later in the tournament!

And that, in a nutshell, is what stand battle is. There’s of course more to learn if you want to dive deeper into the sport’s structure and history. But for those looking for a simple definition of what stand is, you’re now in the know.

Is your team looking for stand battle uniforms? We know what it takes to stand out from the competition! Check out our uniforms or contact us today.

Tell us a little about what you are looking for and we will give you suggestions on how to best outfit your team.

GET A QUOTE
Happy Clients Say:

“We have had so many wonderful compliments and made it in the top division for nationals with that routine! It was an amazing process to have you guys help with. Easy and the final result was exactly what we wanted! Can’t wait for next year!”

“We got the costumes yesterday and they LOVE them so much! Thank you for everything you did to get them to us! “

“I just wanted to share a photo from our team pictures last weekend showing off our new uniforms! We love them! We had no problems fitting the team into the uniforms and they are very well made. Thank you again for your cooperation and design into making these uniforms perfect for our team! We are excited to create new twirling memories and perform in these amazing uniforms!

“I just wanted to say thank you so much for our wonderful costume. You always deliver well made, well thought out costumes and they not only hold up but show very well. We just completed out first comp and our Mary Poppins looked amazing. Thank you so much.”